The Ohio Scottish Games & Celtic Festival is excited to announce we have partnered with the Great Lakes Scottish Athletics Association to run our Scottish heavy athletics. For more information on GLSAA, follow this link.

All events will take place on Saturday, June 25, 2022. Entry is $40 per competitor. Entry Fee includes entry into the festival plus a t-shirt. Events will include Braemar Stone, Open Stone, Heavy Weight for Distance, Light Weight For Height, Heavy Hammer, Light Hammer, Caber Toss, Sheaf Toss, Weight Over Bar in the following Divisions:

We'd like to thank our sponsor, Sullivan's Brewery and OH'Irish, for donating the t-shirts worn by our athletes, judges and athletic administrators.

The Caber toss is considered the signature event of the Heavy Events. The Caber is generally log measuring about 20 feet long and weighing approximately 150 lbs. Once the caber is stood on its end, the athlete will pick the Caber by cupping the small end in his two hands and leaning it against their shoulder. Once the Caber is balanced, the athlete starts to walk then run in a straight line. At the optimal time, they will stop suddenly and while the larger top of the Caber is tipping forward, the athlete pulls upward on the small end with all his might, flipping it end over end. A judge runs behind the athlete and calls the score as though looking at an imaginary clock, with a perfect toss being 12:00 with the small end of the Caber facing directly away from the athlete, who is standing at the 6:00 position. If the Caber is not turned, a side judge scores the toss to a degree ranging from 10 to 88.

This event resembles the modern day shot put but with a 16 lb (open stone) and 22 lb (Bremar stone) for men and 8 lb and 14 lb for women. The throws take place from behind the “trig” or toe board and are put for distance. The Bremar stone put requires the athlete to keep their feet set while putting the stone. The open stone has several different throwing styles that can be used including the glide or spin. The throws are recorded by measuring the distance from the back of the trig to the mark where the stone hits the ground. Each competitor is allowed three attempts with each stone having the best throw being recorded for the final scores.

In this back breaking event, the athlete tosses a weight, one handed, up over a cross bar. They are allowed three attempts to clear the bar and advance to the next height. The weights are set in accordance with each class: a 56 lb weight for Open men; 42 lb for Master level; 28 for Open Women; and 21 lb for Masters Women. From a standing position, the athlete will swing the weight between their legs to build momentum and get the timing right. Then from the optimal position, they will release the weight to go up and over the bar. The bar is raised by one foot at a time until only two athletes remain. The remaining two athletes will determine the next height (which could be measured in inches), until one has missed all three of their attempts thus declaring the other athlete the winner. Top professional athletes can toss the 56 lb weight as high as 18 feet over the bar.

Heavy and Light Weights For Distance

There are two separate events but consist of the same movement. The Light Weight is 28 lbs for men and 14 lbs for women. The Heavy Weight is 56 lb weight for Open men, 42 lb for Master level, 28 for Open Women and 21 lb for Masters Women for distance. These events involve throwing a metal block, fixed to a chain and handle with one hand for distance from behind the trig. The athlete spins twice and releases the weight at its maximum speed. Each athlete gets three attempts with their best throws being recorded for their final score with each weight.

The Scottish Hammer is a spherical, metal ball weighing 16 lb (light hammer) or 22 lbs (heavy hammer) for men and 12 lb (light) and 16 lb (heavy) for women that is fastened to the end of a wooden or pvc handle and is thrown for distance. From behind the trig, the athlete has their back facing in the direction of the throw. They must keep their feet set when completing their throws. Some athletes will wear special boots with blades attached to them in order to anchor their feet to the ground. This allows them to stay grounded and build up tremendous force as they swing the hammer around their head at an increasing speed. As they wind the Hammer around their head as fast as possible they then release it at maximum speed. Top professional athletes can throw the 22 lb (heavy) hammer over 115 feet!

The sheaf is a burlap bag of tightly woven twine that is tossed with a 3 tine pitch fork up over a bar. The sheaf differs per class including: 20 lb for Professional men; 16 pound for Open men and Masters ; and 10 lb for women. Similar to the weight over bar, each athlete gets 3 attempts at each height until they have missed all attempts. Competitors must toss the sheaf over the bar in order to remain in the competition. The bar is raised 3 feet at a time after each athlete has either cleared the height or missed all three attempts. Once there are only 2 athletes remaining, they can pick and choose the next height. They may be trying to clear a Personal, Field or World Record with their final attempts. Some athletes can toss the sheaf over a 30 foot (or higher) bar.

The Ohio Scottish Games & Celtic Festival athletic events are run by the Great Lakes Scottish Athletic Association. To find our more regarding this organization, follow this link. 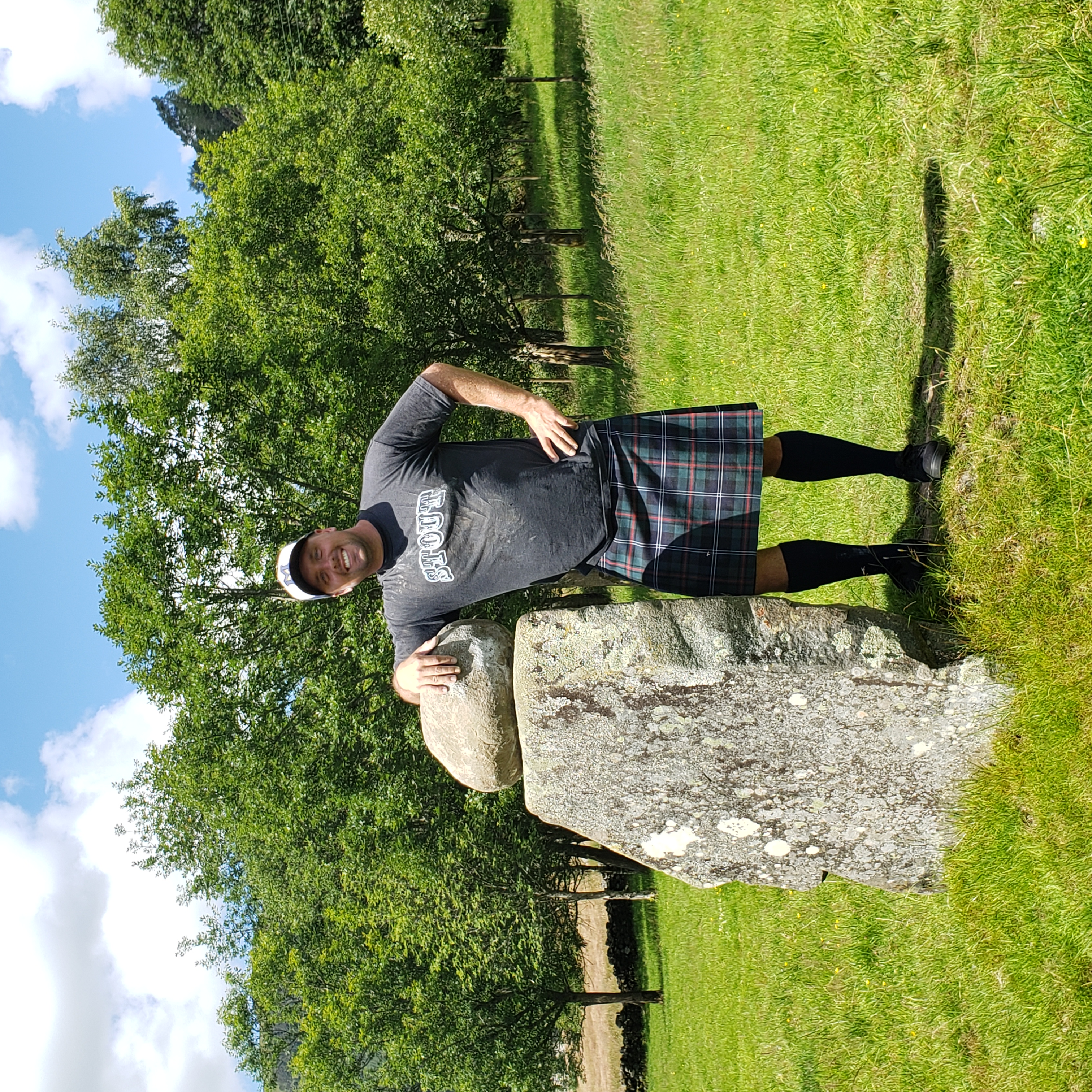